The world is a wretched place, and life is awful. Thankfully, You Are Magic, and even better, you can Do Magic, and it rules. Anyone can be a Wizard, and a Wizard can be anyone.

Wizard Pals is a lighthearted TTRPG/collaborative storytelling game in which every hero is a mysterious and magically powerful being known as a Wizard. To play, you need some pals of your own, some 12-sided dice, and an adventurous spirit. The game itself is easy to learn and approachable, open-ended and chaotic, and perfect for new TTRPG players and veterans alike.

Real humans had these things to say about Wizard Pals:

And it is the recipient of a very real and major award from Cat Sìth Press as well as an equally real Baffy Award! 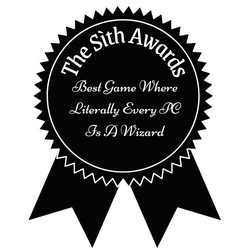 This game takes serious (and absolutely not-so-serious) genre inspiration from a number of sources:

Wizard Pals is written, illustrated, and designed by Tadhg Lyons (Come say hi on twitter, find me @TadhgTheBard if you want to talk about Wizards)

Editing by Taylor of Roll For Felicity

In order to download this Wizard Game you must purchase it at or above the minimum price of $5.25 USD. You will get access to the following files:

Support this Wizard Game at or above a special price point to receive something exclusive.

If you can't currently afford to spend any money on this game (especially if you're from a marginalized community), please grab a community copy free of charge, no questions asked.

If you claim a copy, I'd love it if you could leave the game a review, though!

I recently played this on the creator's stream and it was so. fun. I played a purple wizard named Yarnates the Destroyer of the Black Tome who was a pink ball of yarn who communicated through charades of becoming knit items.

Wild things happened and it was just so great. The game mechanics are super fun and easy to follow. The rules and guidelines are laid out and answer your question right after you think about it.

The supplement Haunting of Hobble Adventure was incredibly great. It was extremely creative and not what I was expecting but an amazing adventure.

I highly recommend playing Wizard Pals so that you can be a wizard and a pal and get into hijinx.

This game is so much fun! I have been lucky enough to be a player in it, and I'd like to run it myself at some point! The rules are written in a very friendly, conversational way that is easy to understand. The game itself encourages silly fun and you can never tell what might happen next! The game we played is already on this page, but here's the character creation stream we did together!

Hello! Playtester here. My Wizard was a sentient gust of wind named Rhinegust the Red, who gained sentience after blowing over the cauldron of some witches' blood ritual and they only communicated in various whistles/rustles. 10/10, would Wizard again.

I love playing this game. Every time I think my friends and I have come up with the most absurd wizard characters possible, the next time I play someone zigs when I expect them to zag and suddenly I'm on a wizard adventure with a drowned body full of semi-sentient crabs working him like a broken puppet.

Super easy to pick up and flexible enough to really get weird, while still having enough structure that we never don't know what to do. 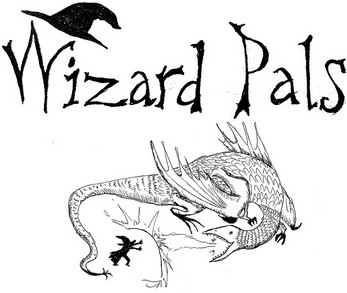 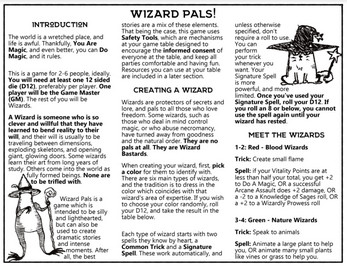 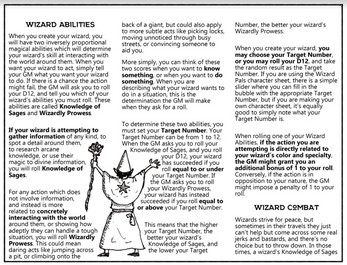 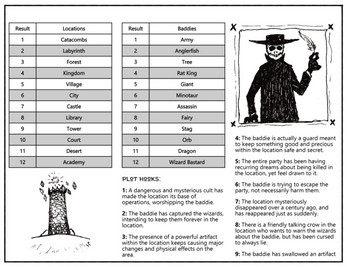 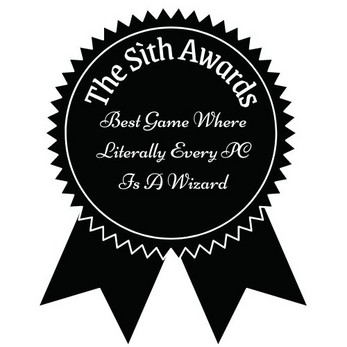